On Wednesday 6th June 2018, two young people that had taken part in RDN programmes received the Jack Petchey Achievement Award. This was in recognition for the hard work they have put into achievements in their personal development and also for their contribution in making the local community a better place to live in.

An ambassador and mentor to younger children.

Quinter joined and started utilizing the services of the organization in year 7 and is now in year 10. Quinter was quite shy when she first joined the organization, however she soon gained the trust and friendship of her peers. Quinter has been instrumental in mobilizing other young people to join the sessions. She is a sports ambassador and supports younger people in lower years by equipping them with the necessary Netball skills and supporting them during PE sessions.  Due to her passion for drawing, she has been able to use this tool to engage younger children in purposeful activity and playing piano occasionally to introduce younger children to music. Quinter has shown virtues of being a responsible, organised young girl with a lot of compassion and ability to put other people’s needs first before hers.

Michael joined the organization when he was in year 8 of secondary school and he is in year 11 now. At the time, Michael was having a lot of personal challenges both in his personal life and school generally. Despite all these challenges, Michael has shown a lot of resilience and positive engagement in the programme. He has been consistent and quite willing to learn and gain vital lessons in life skills. Michael has put in a lot of hard work that has yielded remarkable progress both academically and socially. He has been able to move to the top table in Maths in the main stream school.  Michael has constantly used the acquired skills to support and encourage others to attend sessions at times when least expected. He has occasionally supported friends facing similar challenges by accompanying them to the skills sessions. He has shown positive attitude towards learning new concepts and ideas. 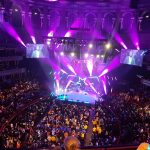 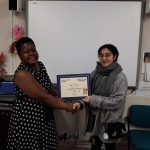 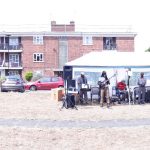